By some colossal cosmic accident, the entire population of Chicago has been transformed into zombies. And placed at random points throughout the city, various people have been placed. Their mission? Meet up, and either take out the zombies of Chicago, or find a way to escape. And who are these people? Well... Data (Star Trek: The Next Generation) 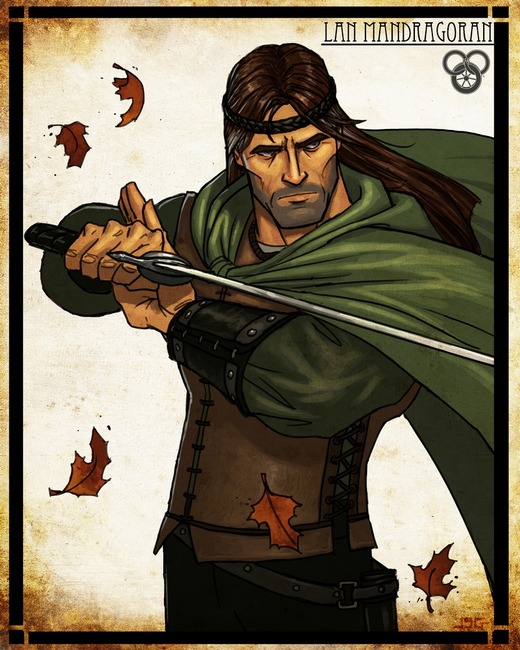 Can they pull this off?
Top

Well first I suppose I would need to ask what kit, if any, each of these individuals will start with.

Second would be clarification on if these people know about each other and have agreed to already work together or if its merely on an ad-hoc, need-to basis.

That said each of these people should be more than competent/skilled to handle your typical Romero type zombies, through Resident Evil Bio-weapons might be another story, and escape Chicago.

But actually sticking around fighting and clearing out a couple of million zombies from the city? I'd tentatively say Data might be able to being stronger, faster, and more durable than your baseline human as well as immune to most forms of zombie infection but I'd still bet even he'd get cornered, overwhelmed by a sheer tide of bodies and crushed eventually.
Top

Alright, Equipment:
Fin has a chainsaw, a super soaker filled with lighter fluid and with a lighter near the nozzle, and bombs made from propane bottles and flares.

Marvin has a grenade launcher (that he keeps in a plush pig), a handgun, and a crossbow.

McClane has a handgun and an HK94 submachine gun.

Havoc has a pistol, an assault rifle, and a personal ion cannon.

Sarge has an assault rifle, grenades, and a Spartan Laser.

Data has a hand phaser, phaser rifle, and tricorder.

Drizzt has his swords (Twinkle and Icingdeath), his stone that summons Guenhwyvar, and his daggers.

Guts has his dragon slayer sword, and his mechanical arm equipped with a crossbow and built-in cannon.

Lan has his power-wrought sword.

Aisha has her ridiculous brute strength, bullet-proof skin, and ability to transform into a were-tiger.

Zap has a hunting rifle, and a banged-up pickup truck.

Ash has a shotgun and chainsaw.

Tallahassee has a shotgun and banjo.

As for meeting up, it's a pretty ad-hoc thing.

I predict Sarge will come up with a intricate, daring battle plan which involves the self-sacrifice of Grif and whose absence will only fuel Sarge's dislike and annoyance.

More seriously Data having a tricorder is a big plus giving him real time intel on the zombies as well as the remaining humans greatly improving coordination between everyone.

As for clearing the city while I'd hesitate to speak in regards to the more fantastic members, Drizzt Do'Urden, Guts, Aisha Clan-Clan ect, I'd still argue even armed with phasers and Spartan lasers the group simply can't defeat a threat of this magnitude. I think their best move would be to secure transport superior to Zap's banged-up pickedup truck and escape.

Out of curiosity are bio-tyrants and special infected included or is it just "bog" zombies?
Top

Wait.
Are we introducing the Walking Dead plague wherein everyone's a zombie in the waiting?
Or the running zombies from 28 Days Later, wherein infected humans turn into feral beasts within twenty seconds?
Or, the winter zombies from Games of Thrones and their freezin' leaders who can turn to ice the steel of a sword by simply touching its blade?
Or what about the completely insane, Zerg rush creatures from WWZ that run and literally create mountains of corpses against city buildings and which can transform humans into more zees within 12 seconds after infection (but will ignore people carrying very lethal diseases)?
Or then, the thirsty zombies from The Last Days on Mars which can run sometimes, but also retain enough intelligence as to open door locks and use explosives, and which carry a parasitic plague that seems to be airborne capable?

And, for the fun, let's have all these plagues mixed into the ultimate zombie plague!
Top

The roaster is quite cool.
You might have added Burt Gummer from the Tremors series, a redneck with a soft spot for anything that shoots more bullets in a fraction a second than there are teeth in a toddler's mouth. Comes with tons of experience with explosives too, while fighting deadly predators moving around underground.
He's used to keep an eye on the environment.

Dutch would be a good addition too. The guy survived against one of the deadliest and smartest hunters from outer space, outwitted said fella and survived a nearby super blast.

From the original cast, they all look powerful, and the advantage goes to those who know the cities. Some of them clearly come from a fantasy setting and might face difficulties with modern structures and mechanisms, and could find themselves trapped in a rather stupid way, although some of them might also be able to smash their way through some of those obstacles.
Still, being able to operate a radio or a car for example would be good.

Also, ranged weapons are better and people used to modern weapons will fare better in Chicago.

Escaping by boat might be the simplest course of action. The marina are right in the middle of the city.
Last edited by Mr. Oragahn on Fri Jun 26, 2015 10:38 pm, edited 1 time in total.
Top

Out of curiosity are bio-tyrants and special infected included or is it just "bog" zombies?

Oh, I hadn't seen those. Bio-tyrants and other superior creatures would be terrible, but were they really zombies?
Top
Post Reply
7 posts • Page 1 of 1

Return to “Other analysis, crossovers, and debates”