For the linking to, discussion, and/or display of graphic art, video, music, galleries, comic strips, and other creative works.
Post Reply
1 post • Page 1 of 1

Back in 2019 I finally decided to see something I'd wanted to see for a long while . . . TNG-style nacelles swapped on to the Excelsior Class. There are various reasons . . . tightening up the shield bubble, following the TNG-abandoned idea of ship refits that alter the appearance of ships, et cetera. But, in the end, I was simply curious.

This is not a full refit to TNG specs, though I'm interested in doing that sort of thing, too. But, for now, this is just the B-type Excelsior model with to-scale nacelles from a hopefully-accurate-ish New Orleans Class grafted in place. By volume, this seems about right, but given the indications of a greater mass per volume for TOS-era ships then it is entirely possible these wouldn't have the necessary push . . . a B-type Excelsior at TOS density would likely have three times the mass of a New Orleans Class running at Voyager density (or even more if the New Orleans is closer to the unclear-but-lower Galaxy Class density).

(Indeed, it may be that they kept using Excelsior nacelles on Excelsiors because about the only other thing they had off-the-shelf for a ship that massive was Ambassador nacelles, which would've looked entirely silly.)

Finally, this isn't a lit render or even an especially good effort . . . just a relative quickie done in SketchUp. 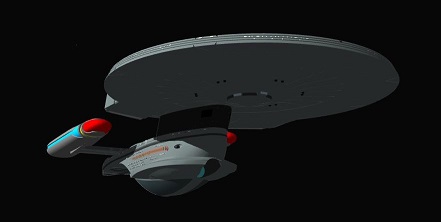 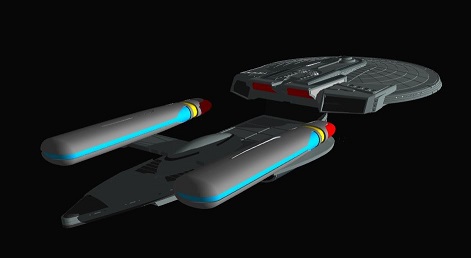 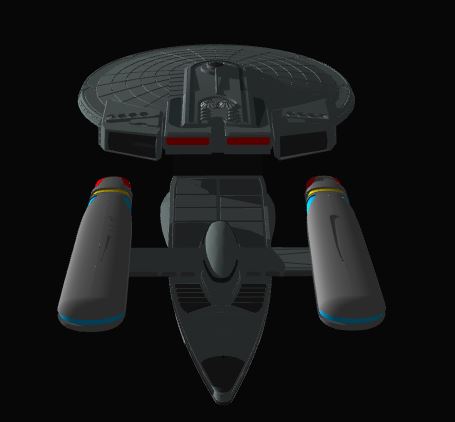 I had also long wanted to do the Miranda-Intrepid nacelle swap, but before indulging I did a quick mass comparison at Starship Volumetrics and decided to try my recently deweirdified Norway nacelles on her, too.

The Norway nacelles almost work . . . from front or back, they sort of match the flat lines of the saucer rather than being strong vertical things like the slender original nacelles. And, being about the same size, they don't screw up the proportions too badly from side or top. But, as with many things Norway, it's kinda boring. Moved forward, she'd look like she'd have no trouble landing on those big feet.

But the Intrepid nacelles . . . man, I had no idea. I love it. I want a plush version of it to hug, squeeze, and name George. It's just *cute* somehow in a way that doesn't even compute. I'm guessing it's because, somehow, it comes across as a baby Nebula Class? I dunno, but enjoy. 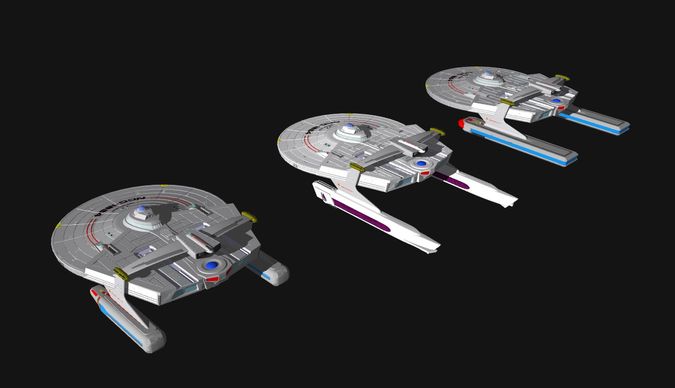 Some shots of just the Mirandatrepid. The fronts of the nacelles aren't right, but it didn't matter much for my purposes. 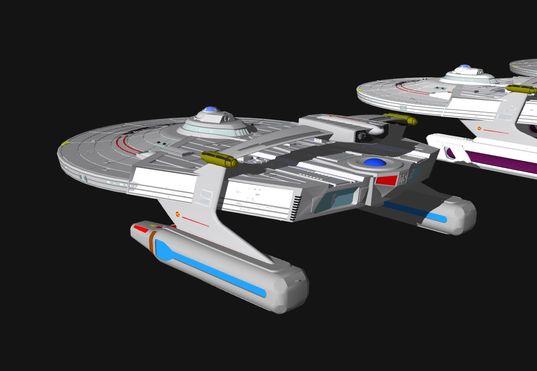 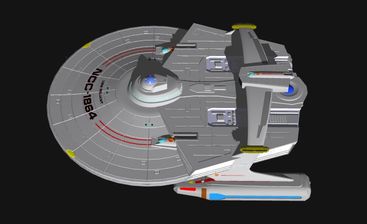 Incidentally, in-universe, I don't know that you could get away with Intrepid nacelles on a Miranda. Voyager's 700,000 tonnes are probably comparable to the Miranda's mass, but Intrepids like Voyager also have the smallest nacelles relative to the total vehicle of any Federation ship, presumably a result of the variable geometry pylons.

I would imagine, then, that if they'd work at all, it would be at a significantly reduced level.

It's still nifty, though, and were I running a DS9 HD upgrade I might even sneak it in just to suggest technological progression.
Top
Post Reply
1 post • Page 1 of 1